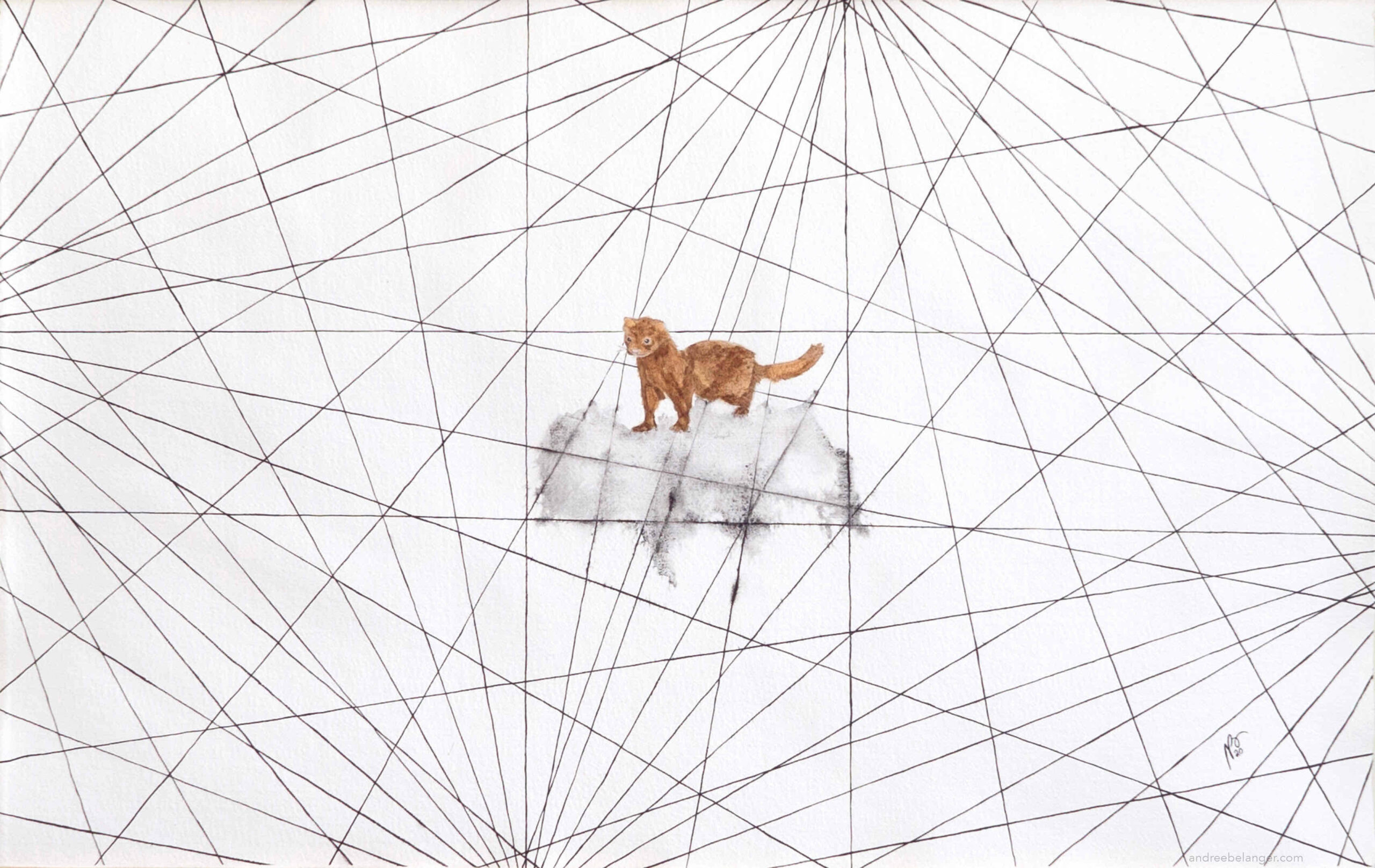 Originally from the Lower Saint Lawrence Valley (Québec, Canada), Andrée Bélanger spent several years abroad before settling down back home in 2017. Before going professional in 2013, she fulfilled a short Fine Arts program at Yukon School of Visual Arts in Dawson City. Since then she has mainly been leading her multidisciplinary artistic practice as self-taught. She has exhibited a variety of solo and collective projects in video, installation, painting, drawing, sculpture and performance, most of the time combining media, in Québec province, the Canadian North and Europe. 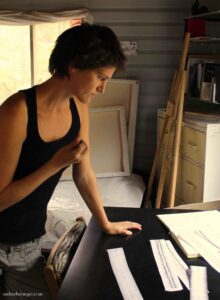 I need space, stillness, silence, in order to recognize inspiration when it comes. I live and work in the forest. To me, artistic creation is about research and communication, it is about getting in touch with nature and the human being. I aim at making connections between people and ideas, and to bring about questions. The forest allows me to pay attention to whatever takes place within myself. In this way, I get to explore what is most fundamental within the human being : that is to say what bonds us to one another, as well as to nature in the broad sense of the word.

My profound desire is to show the invisible. To me, one of the major obstacles to achieve this purpose lies within the mode of expression itself. The invisible is immaterial : when we try to define it through some kind of language we inevitably give it shape and, doing so, we completely miss its essence. How can we materialize what is intangible? I found out that the artworks which bring about questions make a better strategy than the ones which suggest answers. In more practical terms, interdisciplinarity is a good way to get round the problem of the mode of expression predominating over the message.

During my events, I always show a body of works made in a variety of medias, all of them tied to a single theme. The visitors find themselves immersed in a specific atmosphere, yet unsure of the way they should be thinking. They try a taste of uncertainty, of what is imperceptible. And that is what reality is : it is not to be found within things but between them. I design bodies of works as frames which purpose is to demarcate a fragment of this reality, just like someone would erect walls to demarcate the space of a room.

According to this intersecting logic, it is important to me to cut across fields and circles in the creative process. My artistic practice is therefore enriched with partnerships of all kinds with individuals, collectivities and professionals of different backgrounds, and I like to show my work in a variety of settings.

I think that the unrest that we feel towards the intangible reality comes from the consequences of the “civilization” phenomenon. Because of this, bonds that integrate us with the nature that we resulted from have been badly damaged. What a human being or a society makes of the territory that they occupy depends on their degree of (de)connection with their deepest nature and with their natural environment. As I immerse myself in this nature, I mend these bonds for myself. I study the influence of the external territory on the development of the internal territory of the human being, and vice versa. Then, through my artistic practice, I invite the ones of my kind to get on the trail of their own bonds, so that they can confidently immerse themselves in what is imperceptible. Once these bonds and this confidence have been restored, we can work with relevance and assurance in the tangible world. 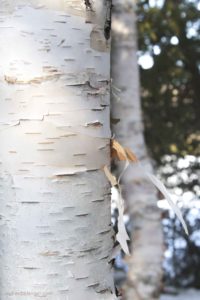 You can get a reddish brown dye by mixing white birch bark with cedar. For the recipe, see Usages autochtones des plantes médicinales du Québec (monograph on the white birch, p.249), by La Métisse

“Us, Our Territories : Moments of Awakening”

Two-days residency with the author Élise Argouarc’h, preparatory to the opening at Carrefour de la littérature, des arts et de la culture (CLAC) as a closing event for the touring exhibition “Us, Our Territories : What Truly Matters is Unlisted”, Mont-Joli (QC)

“A Division is a Connexion”

Creational Punctual Support, video production centre and theatre Paraloeil, Rimouski | shooting of the short film based on the performance “Finding Diadem in the Pit”