Investigation of the notion of reality through the observation of territory and nature.

Works designed and made for the project “Us, Our Territories : What Truly Matters is Unlisted”, funded by the Conseil des arts et des lettres du Québec through the territorial partnership program. This was an opportunity to experience many things for the first time : discovering watercolour, working with raw natural pigments, exploring the basics of the geometry of nature.

These watercolours and photo strips have first been shown as diptychs, for a total series of 21 works. This touring exhibition has stopped in six different places of the Lower Saint Lawrence area in Québec in November 2020, and was the excuse to just as many public discussions about the bond to the territory.

The number of works in the series as well as the size of the watercolours relate to some of the basic geometric principles studied for the project, namely the Fibonacci sequence and the golden ratio. 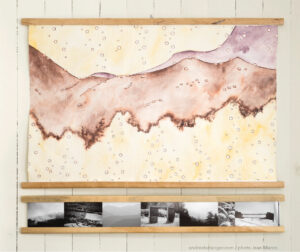 01  The Surface is Illusory 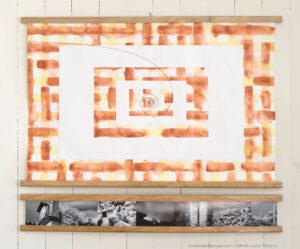 02  A Few Layers of Reality 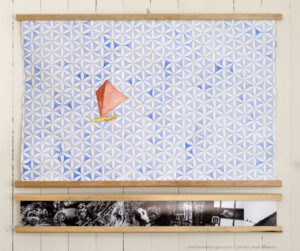 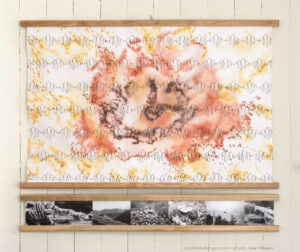 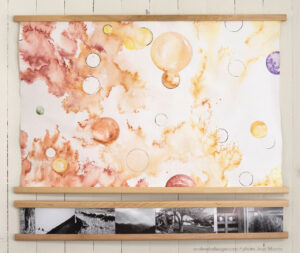 05  Flexibility of the Natural Order 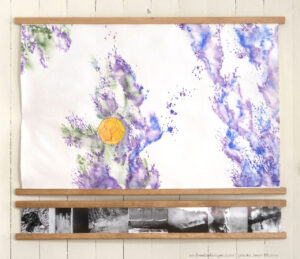 06  Emergence of the Concept 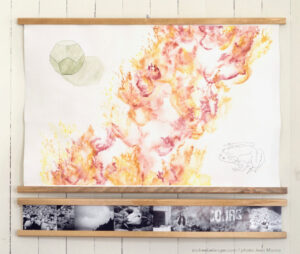 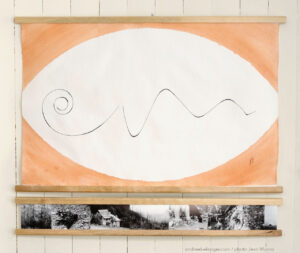 08  Fascination for the Elegance of the Perfect Line 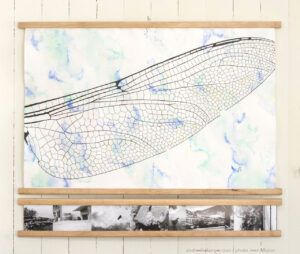 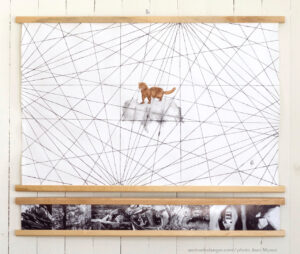 10  Through the Eye of the Mink 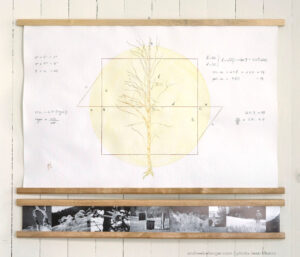 11  Squaring the Circle According to the Golden Birch 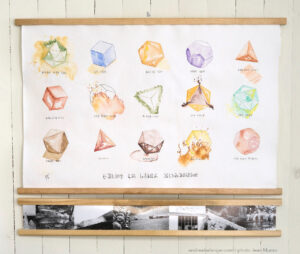 12  A Chart of the Main Tree Species of the LSL (Yes, This is Absurd) 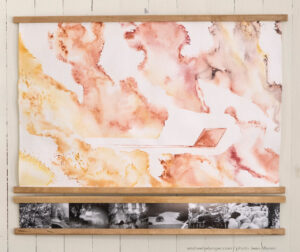 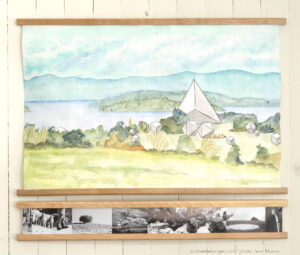 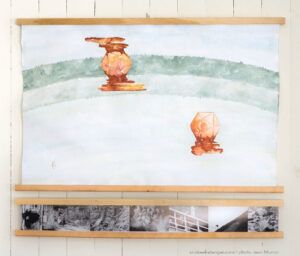 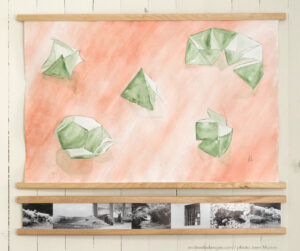 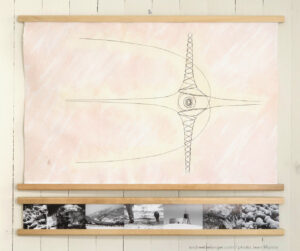 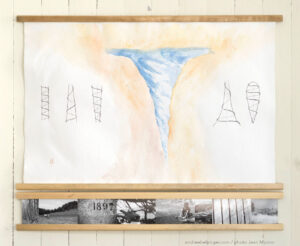 18  The Water That Shows 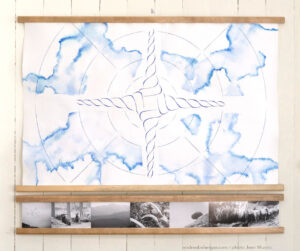 19  Looking for Balance Through Movement 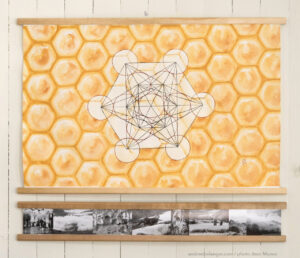 20  Though Bees Don’t Know About This 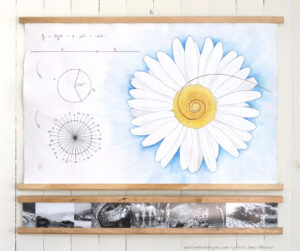 21  A Light Touch Onto the Mystery

A starting point for my reflection, the photos also act as an entry point into the watercolours. They were taken in 2015 when I lived as an immigrant in the French Alps. They bring up the question which haunted me back then, and which I carried along when returning home : how is it possible that such a grandiose landscape doesn’t succeed in bringing the best out of the human beings who live right there within it?

To make the watercolours, I bought dry natural pigments and mixed them with arabic gum (a binder) to prepare the paint cups. As I was designing the body of works, I assumed that geometrical shapes would represent civilization (the cultural aspect of human beings), while the (water)colours would represent nature. It so happened for many of the works, although, just as I had foreseen it, in some of them the symbolics switched or fused.

The way that we conceive of ourselves is mirrored in the way that we manage our spaces. Our bond to the territory is the expression of our bond to oneself, and nowadays it is mostly characterized by culture rather than nature. Just as we constantly reinvent the culture that shapes our way of thinking and behaving, we have the power to reinvent our bond to the territory. Is it possible to consciously redefine our individual and collective culture? It is said that a given territory will have just as much of an influence over its inhabitants than the other way around : if that is so, what is it that makes us treat the territory the way that we do? Which is this part of ourselves (and therefore of nature since we are an integral part of it) that sometimes leads us to destruction, and sometimes leads us to protection? What is it, in both our nature and our culture, that dictates our choices on what is going to be damaged and what is going to be spared within us and around us?