Every single thing in this world is, by nature, impossible to define in human terms. We can certainly describe a particular phenomenon in a variety of ways ; yet even if none of these would be “wrong”, we would still miss on the very reality of this phenomenon because its essence is of motion, and therefore is elusive.

In quantum physics, measuring a size (for example the position of an electron) has a radical impact : the observed object is usually greatly disrupted. Before measure -so by nature- an electron is delocalized ; after measure of its position, it is perfectly localized. This determined position is only one of the delocalized electron’s locations. Since the electron becomes localized as soon as its position is observed, we can never observe it in its -natural- delocalized state ; we can only infer its state from the numerous physical observations which have been made so far.

Humans have a need to bring reality to a “standstill” -for example through photography- to allow themselves time to observe it, to study it ; however, nothing is ever really still. Therefore, through their very investigation humans alter reality, which essence inevitably escapes them. 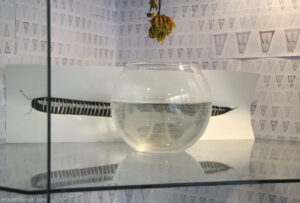 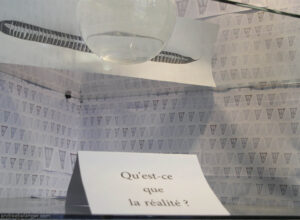 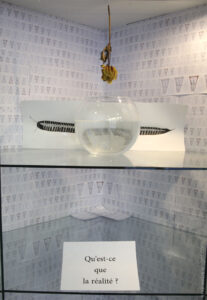 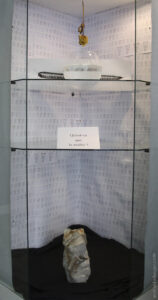