Finding Diadem in the pit

.
In order to collect equine bones I would use to build a sculpture, I decided to dig out the mare I owned as a teenager, which had been buried on the family land seventeen years before.
Having been told about the project, the archaeologist Nicolas Beaudry offered to collaborate on the exhumation. Slowly but surely, the seemingly simple step of collecting material turned into a project of its own.
The unearthing process itself spread over five days, and the experience turned out difficult. Since the carcass had been limewashed when put underground, the bones were not clean enough yet to be gathered. 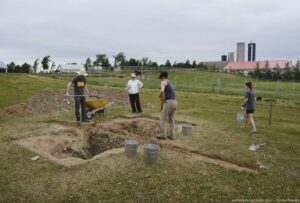 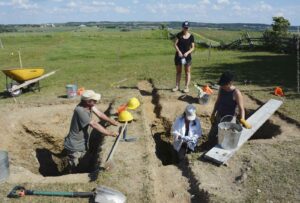 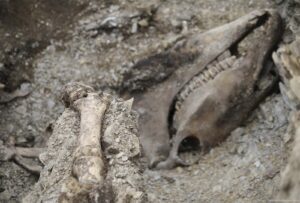